Our story began in 2011 when Dr. Jeff Duke first introduced the 3D Coaching framework to our community at the emPowerU facility in downtown St. Joseph. To help tell the story that led us to where we are today, start at the bottom of this page to follow the sequence of events that transpired since that initial visit. Also, check back often to watch the story as it continues to unfold!

Check back soon for more updates!

The Joseph Company wrapped up season 1 with the seventh leadership breakfast. This event featured a presentation from Dr. Jeff Duke, founder of the 3D Institute. The breakfast ended by featuring a panel of different community leaders who shared their dreams for St. Joseph.

At the end of the month, TJC hosted a breakfast just for “Team Captains.” A 3D Team Captain is one from within a participating organization who is willing to serve as a leader of a team. A team is a small group of 3-12 members who are committed to completing online training modules and participating in regularly scheduled small group meetings where the content can be processed together.

In March, 3DI leaders met with SJSD administrators to continue planning for the roll-out of 3D Teaching to the entire SJSD staff over the 2022-23 school year.

At The Joseph Company Leadership Breakfast #6, 3DI leaders began casting a vision for The 3D Journey; a county-wide initiative to implement the 3D training across the business community.

The Joseph Company Leadership Breakfast #5 focused on the topic of significance. After Alan Hoffler shared a message called “Two Ways to the Top,” Wes Simmons cast a vision to roll out the 3D Coaching training to at least 100 businesses and organizations in the community.

3D training continued to take place with the SJSD administrators and coaches. The topics of the month were “Competition” and “Character.” The online training and the small group time continued at its normal pace. Meanwhile, 3DI and SJSD leaders met to start fine tuning the plan for rolling out the 3D training to all SJSD staff in the fall of 2022.

January kicked off with TJC Leadership breakfast #4. The topic of the month was “Success,” and former NFL football player Ray McElroy was in town to inspire the breakfast attendees with an inspirational message.

The Joseph Company also partnered with Mid City Excellence to host their 8th Annual MLK Day Solutions summit. The event featured two former NFL football players, Dave Tollefson and Kenny Onatolu. Dave and Kenny challenged the attendees to get outside of their comfort zones and build relationships with people from different backgrounds.

Though there was not a leadership breakfast hosted by The Joseph Company in December, plenty of training continued to happen with the St. Joseph School District.

The training topic of the month was Emotions. SJSD coaches and administrators learned about how to create an environment where the power of emotions are harnessed to enhance attitude, effort and performance.

Along with the regularly scheduled online training sessions and small group meetings, 3DI trainer Dr. Nina Rios-Doria was on hand to share information and strategies about how to create a culture that supports mental health and improves mental performance.

While she was here, Dr. Rios-Doria also presented some of the 3D Coaching content for the NAIA’s NEW “Champions of Character” course which is a required training for every coach in the National Association of Intercollegiate Athletics.

On 11/12/21, The Joseph Company hosted its third of seven leadership breakfasts to begin taking the 3D training into the wider community. Over 150 area leaders joined us as momentum continued to build.

For SJSD, the November training focus was on the 2nd Dimension topics of Motivation and Confidence. After the coaches completed the online modules, once again they met to process the content in small groups at their respective high schools. Mark Hull, the 3D Institute’s International Coordinator, joined us for a large group presentation on how to cultivate confidence when it is lacking in those whom we lead. Finally, Scott Bloomquist was on hand once again to contextualize the content for SJSD Administrators.

October kicked off with the 2nd leadership breakfast for community leaders hosted by The Joseph Company. The topics addressed how to change culture using “The Formula for Change.”

September was a busy month. On 9/3/21, The Joseph Company hosted its first of seven leadership breakfasts to begin taking the 3D training into the wider community. Over 100 area leaders joined us at our inaugural breakfast.

For the school district, 3DI conducted 9 different training touchpoints with the SJSD administrators, coaches, and school board members. Along with online training, coaches were afforded the opportunity to gather in small groups to process the content. Nationally-known TedTalk presenter Gian Paul Gonzalez was in town to present a “3D” version of his infamous talk: “All In.” Finally, 3D trainer Scott Bloomquist was in town to conduct the first installment of the 3D Coaching for Administrators training.

On August 10th, 3DI kicked off the training plan with SJSD coaches, administrators, and school board members. After a welcome from SJSD Assistant Superintendent Dr. Gabe Edgar, former NCAA Division I wrestling coach Heath Eslinger warmed up the crowd as the event’s emcee. 3DI President/CEO Wes Simmons then delivered a keynote presentation called The “It” Factor to introduce the 3D framework. Following the keynote, Heath explained the training plan that is in place for the 2021-2022 school year.

It was now time to build out the team. 23 people were recruited and contracted to help execute the plan in a variety of different roles. The team got to work immediately to prepare for the “3D Kickoff” coaches breakfast that was scheduled for early August.

Meanwhile, more strategic meetings took place to continue seeking alignment with all of the stakeholders in the community. This picture of a meeting room at City Hall was taken just before the vision was cast to key members of the city leadership team.

The training plan was finalized with the SJSD and the 3D Institute. A three-year agreement followed suit, and the SJSD leaders invited 3DI President Wes Simmons to share the vision at the May 2021 school board meeting.

March and April consisted of much planning, vision casting, fundraising, and strategizing. Several businesses and individuals generously stepped up to help finance The Joseph Company fund. These funds are being strategically invested to help the plan succeed in our primary areas of focus:

The Joseph Company was born.

Community business leaders began to brainstorm about the best ways to support this plan. It was determined that one of the best ways to help it flourish in the wider community is to create an alignment with the business community as well. Toward that end, The Joseph Company was formed and a designated fund was created in the Community Foundation of Northwest Missouri to provide financial support.

After the SJSD leadership reviewed the “Imagine St. Joseph Sports – 2025” document, a decision was made to pursue a possible partnership with the 3D Institute. However, district leaders weren’t satisfied with training the coaches only. They expanded the vision and invited 3DI to use SJSD as a lab to contextualize the 3D framework to train the entire school district: Administrators, Teachers, Coaches and Support Staff.

3DI and SJSD immediately began to work on a plan to train all district employees over a 3-year period. Meanwhile, the news was reported to the business community leaders. They wasted no time in putting together a plan to support the district and community with this effort to transform the culture.

The month of December was spent creating a blueprint for how we can possibly architect a new model for youth sports for the benefit of the entire northwest Missouri region.

The plan was presented to SJSD leaders, Chamber of Commerce leaders, and other key leaders in the city of St. Joseph.

After gaining support from several area business leaders, Wes first presented a vision, and then issued an invitation to the SJSD administrators and board members.

The vision was to help transform our community by training coaches to become 3Dimensional in their approach while using sports as a vehicle to mentor our youth.

The opportunity was for the St. Joseph School District to become a “lab school” for the 3D Institute to fully implement its current offerings while providing an opportunity for 3DI to innovate new training and resources in a real-life setting. 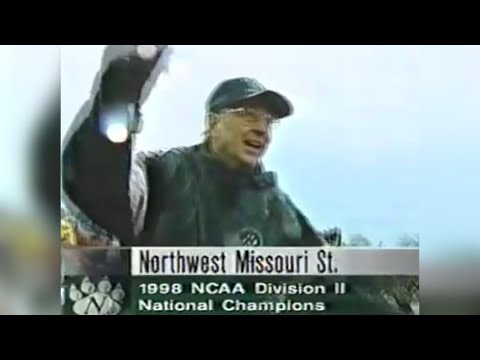 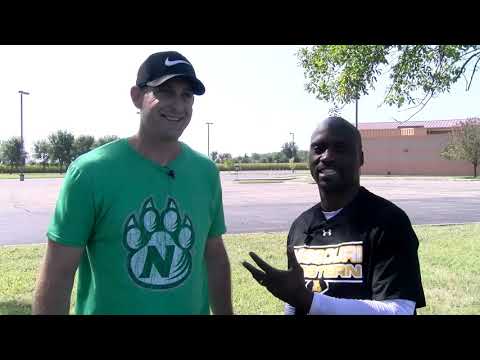 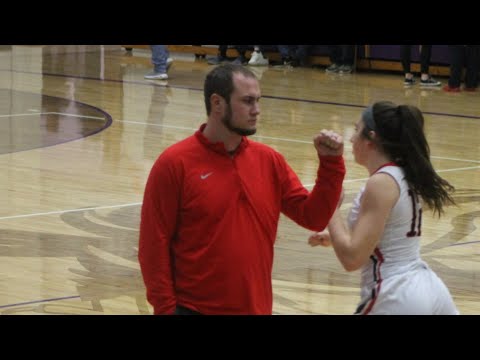 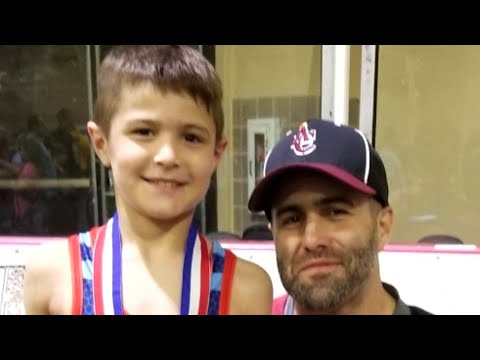 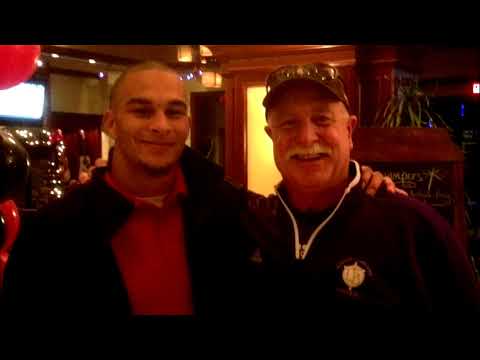 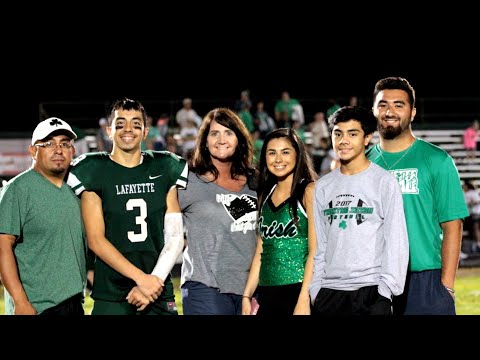 Over the next couple of months, several local stories were produced to highlight the impact of area 3D Coaches. As these stories circulated on social media, they began to attract the attention and interest of several community leaders.

These inspired leaders took the initiative to set up several vision-casting meetings so other leaders in the community could learn more about the 3D Institute. One of these meetings was with St. Joseph School District administrators and board members. Other meetings were with members of the St. Joseph business community, the city, and from our health care system.

A devastating flood wreaked havoc on the Southside of St. Joseph, MO. In response, local baseball coach, Johnny Coy, organized a community-wide clean up effort to help those who were affected.

Local sports reporter Chris Roush interviewed Coach Coy about their effort to serve the flood victims. As he shared his story, Johnny referenced how the “3D training” made an impact on his coaching philosophy and inspired him to step up in this time of need. That brief mention of 3D intrigued Chris to ask more questions, and those questions then led to more local 3D stories.

The 3D Institute was established in 2014 to come alongside sport administrators in a quest to help meet the growing professional development needs of the international coaching community. Since that time, 3DI has trained thousands of coaches in over 60 countries world-wide.

From there, St. Joseph resident Wes Simmons and Jeff became close friends and partners in purpose. This eventually led to the creation of the 3D Institute where Wes serves as President/CEO from St. Joseph.

Watch the video below to learn more about the 3D Coaching framework.